This abbey church, a Romanesque art jewel in the Poitou-Charentes region, impresses by its murals financed by the Benedictine monks living in this landmark of monastic architecture. In the 19th century, the paintings dated from the end of the 11th-beginning of the 12th century were saved thanks to Prosper Mérimée's initiative, who was then General Inspector of Historic Monuments. In order to save the paintings, numerous restorations works and campaigns then began. The church, which was selected on the first historic monuments list in 1840, is still the focus of the restorers' attention.

The abbey church and its murals: a world heritage site

The church was registered on the UNESCO's World Heritage List in 1983, as it met two evaluation criteria: it is considered as a masterpiece of human creative genius (criterion I) while being an exceptional testimony to a civilization which has disappeared (criterion III). The image, indeed, through the murals cycle of Saint-Savin, represents the heritage from the past, the heritage of a culture and finally, of a history: the one we come from...

The guided tours of the abbey church, its scenographic path as well as educational interventions meant to draw the attention of all audiences, intend to pass on this history to all. 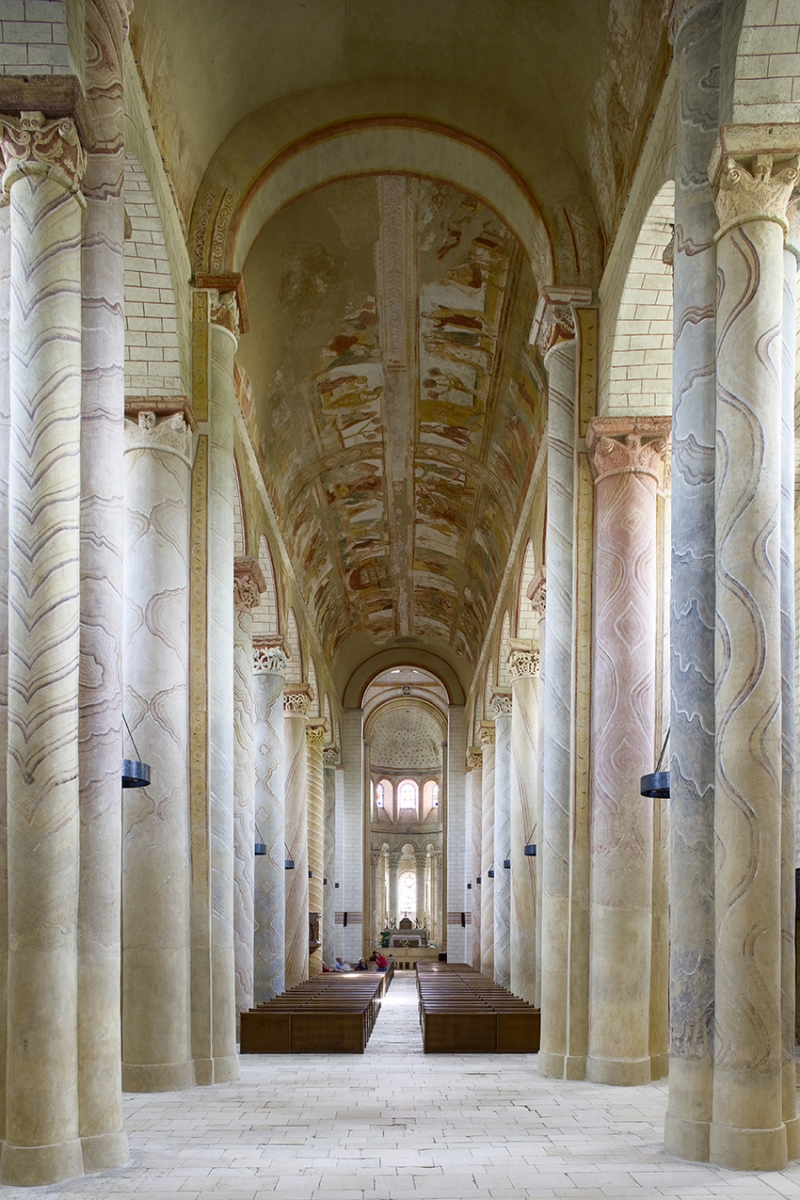 Except on sunday morning

Except on Sunday morning.